Super dressing wisdom and perfect figure, “Guardians of the Galaxy” actress Zoe Saldana red carpet dresses evolutionary history: appearances must be fashion orgasm!
“Guardians of the Galaxy” lets the actress Zoe Saldana attracted attention once again, the actress has just announced the pregnancy has always been known for good on dressing. Today we will review the Black Pearl 10 years’ red carpet dressing evolutionary history with you together!

U.S. animation giant Marvel’s latest sci-fi blockbuster “Guardians of the Galaxy”, the first week play in North America become a hot immediately. Fans eager to look forward to see the movie, as a film actress black actress Zoe Saldana has become the focus of recent red carpet. After starred in “Avatar,” “Star Trek” and other sci-fi blockbuster, Zoe became the lead role the third time in “Galaxy escort” which she show as a whole body green aliens. Today posters compiled code will take you to review the “Black Pearl” Zoe Saldana dress from 10 years since his debut in the evolutionary history of selection.

Zoe Saldana was born in New Jersey, USA, with Lebanon, India, Ireland and Jamaica descent. If Zoe slender bones and first class figure derived from natural, then her model temperament and perfect posture benefited from learning ballet at an early age. In 1999 Zoe debut for a guest role at TV series “Law & Order”, and later because of the movie “center stage”, “cross country road” officially entered the entertainment circle, and then the “Pirates of the Caribbean 2” and “Avatar,” “Star Trek” and other super blockbuster make her rise to the list of front-line actors of Hollywood. Although she has not many works, but will give us impressed appearance.

But we believe that most people really know Zoe Saldana from her first-class performance of dressing on the red carpet and street. She has good figure natural and also good taste adds extra points for her dressing. She can not only dress her own style wearing challenge body strong sense of style clothes as Prabal Gurung and Balmain designs, but also can style those flowing long gowns as Lanvin, Valentino dresses. Recalling Zoe dress 10 years evolutionary history from 2004 to today, it is easy to see every piece of clothing she choose are fantastic and often gives a sense of “fashion orgasm”. She rarely failed on the red carpet dressing, totally can complete with “dressing zero error” Diane Kruger! 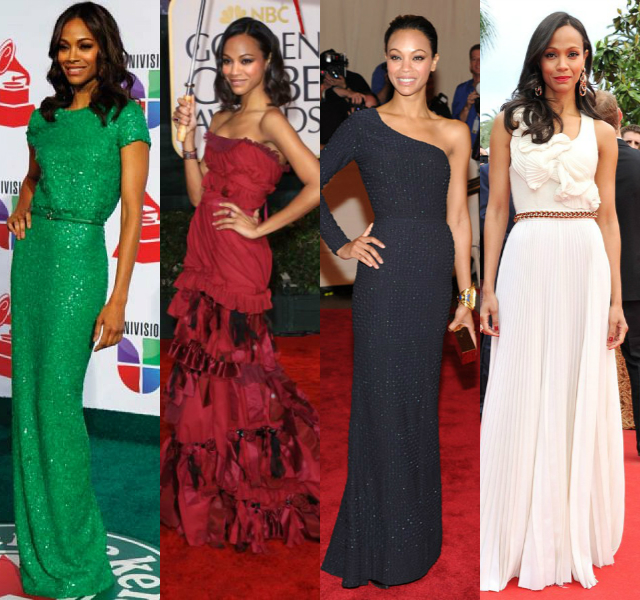 So do you like Zoe Saldana red carpet styles? Which one do you like to get inspiration from?

Here we just found some styles inspiration from Zoe Saldana, hope you like it. 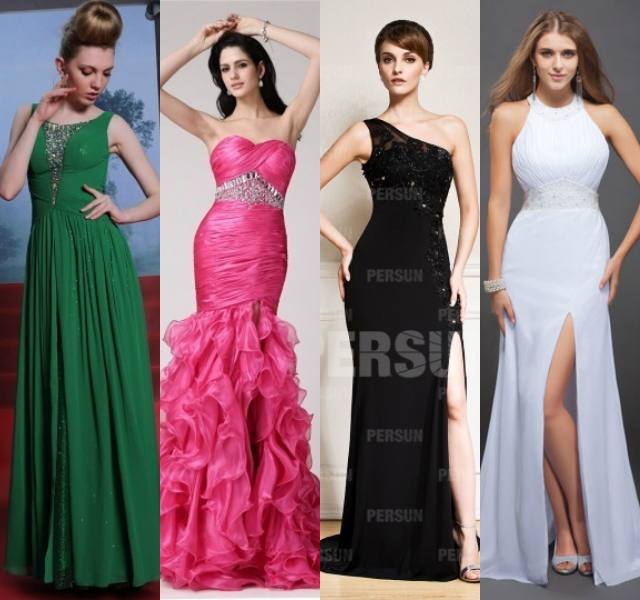